Mick Palmer joins the Board of Australia21 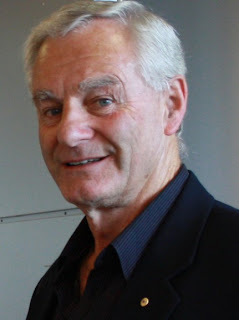 Former Australian Federal Police Commissioner Mick Palmer has joined the Board of Australia21.

Mick is a 33 year career police officer with extensive experience in police leadership and reform in community, national and international policing.  He served as Commissioner of the Northern Territory Police, Fire and Emergency Service agency from 1988-1994 and as Commissioner of the Australian Federal Police (AFP), from 1994 until March 2001.

Since retiring from policing in 2001 Mick has conducted a range of government inquiries and re-views, including the inquiry into the immigration detention of Cornelia Rau.  He is currently the Australian Federal Government’s Inspector of Transport Security with responsibility to inquire into serious transport security matters and offshore security matters.  He is currently a member of the Alcohol and other Drugs Council of Australia.
Posted by PAUL BARRATT at 5:59 PM