Where is the vision for a sustainable Australia?

Where is the vision for a sustainable Australia

Marni is a young volunteer with Australia21. She is  employed in the environmental services industry and has a tertiary
education in Environmental Science and Land Management. She says: " I was introduced to Australia21 through their
published work on 'Australians in the Landscape'. I started following the organization because it facilitates the combination of
public discourse, scientific research and policy so well."

I would like to hear a vision and a comprehensive, long-term, plan addressing the challenge of environmental sustainability. Environmental limitations and population growth are the most prominent issues of this century and I think it matters greatly how each party will choose to navigate them. The stance our leader takes on this global issue will come to define our national identity. Are we carrying on the tradition of being ‘the lucky country’, as Donald  Horne put it, trailing the lead of England and America? Are we going to break away and reform along the lines of models set by Norway and Sweden? Or are we going to pioneer our own technology, investing in education and innovation?
What is the vision for a sustainable Australia in the 21st century? I would like issues such as food security, water security, natural resource conservation, economic prosperity and population growth put on the agenda this 2013 Federal Election. These are all need to be addressed  if we are to meet our basic needs and maintain a safe and secure population in future. If I had to choose just two of these issues they would be food security and economic prosperity. I think these areas are under the most immediate threat considering climate change, international relations, the state of the world market, and environmental limitations.
For food security the key themes I believe should be touched on are community engagement, innovation in the agricultural sector, managing risks such as desertification, and the possibility of relative national independence (from the world trade system). For economic prosperity, I would like leaders to talk about how involved future government will be in interacting with the capitalist model. Will basic resources be protected and conserved, will public goods such as water be economically acknowledged as such, will pricing for natural resources reflects it's actual supply? Are we open to changing the system entirely in future? Could we phase in a change to another economic model which takes greater account of sustainability?

The question remains: How does the next Australian Government plan to navigate the challenge of environmental sustainability?

Posted by Lyn Stephens at 11:00 AM No comments:

Facts not fear: can we re-imagine discourse on asylum seekers? 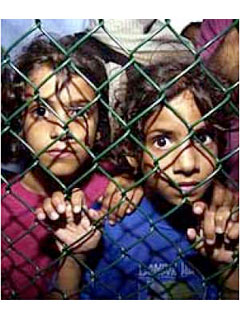 Recently we asked some of Australia21's young volunteers to respond to this topic: ‘The 2013 Election Agenda: What I think should matter and why’. In the coming weeks we will share their views with you. Here is David Lang's contribution.
The ingrained culture of demonising asylum seekers must come to an end. If this process is to begin in this election campaign, our leaders must speak now about facts nor fear.

The policy proposals of the Australian Labor Party and the Liberal Party in response to asylum seekers who come to Australia by boat have rightly received a significant level of attention in the federal election campaign.

That both major parties are pushing so far to the right on this issue - in spite of political ideology, supposed Australian egalitarianism and our nation's history - is deeply concerning for many voters who want to see a humane approach that is founded in respect, compassion and proudly meeting our international obligations. Neither the Government’s PNG Solution nor the Coalition’s Operation Sovereign Borders come close to this.

The longstanding dearth of positive political leadership on this issue has served only to misinform the Australian public. In wanting to be seen as tough on boats, both parties have privileged irrational political rhetoric that has served to amp up the idea that the Australian way of life is under threat by the 0.99% of the world’s asylum seekers who envisage a better, safer life in this country. This is not a crisis.

The war cry repeated by some elected leaders that the actions of asylum seekers are ‘illegal’ appeals to the idea that the control of our borders is under threat from criminal people smuggling syndicates. This language is emotion-filled and misleading - a xenophobic dog whistle to manipulate the public into opposition of those seeking asylum.

This issue - perhaps unlike any other that the polity and public have had to grapple with - has been characterised by an unseemly and embarrassing race to the bottom, whereby our international responsibilities are abrogated, reputation tarnished and commitment to human rights ideals thrown out the window.

The public discourse on seaborne asylum seekers must be reimagined and policy settings realigned. The ingrained culture of demonising asylum seekers for political gain must come to an end. If this process is to begin in this election campaign, our leaders must speak now with facts not fear. Although there have been many low points, the high road can still be taken before 7 September.

David Lang holds a Master of International Relations and a Bachelor of Business Management. He has recently volunteered with Australia21 in order to 'contribute to the organisation's essential work on issues of strategic importance to Australians.'
Posted by PAUL BARRATT at 2:46 PM No comments:

Recently we asked some young Australia21 volunteers to respond to this topic: "The 2013 Election Agenda: What I think should matter and why." In the coming weeks we will share their views with you. Here is the first in the series by Andrew Campbell.

What we do not need is the lofty rhetoric offered in the past, the promise of transformation and reform without strategy. The “great moral challenges” of our time will not be solved by words alone. They require careful planning and an evidence-based approach.​

According to the Australian Electoral Commission there are half a million young people missing from the electoral roll, approximately one-third of total unenrolled voters. This statistic attests to how disenfranchised and disillusioned young people have become with the political situation.

This dissatisfaction is caused by a lack of vision from our leaders and the media, a blindness that limits debate and holds the agenda captive to headline-grabbing slogans. Vision and leadership are what is needed to reinvigorate young people, bringing them back into the fold.

What we do not need is the lofty rhetoric offered in the past, the promise of transformation and reform without strategy. The “great moral challenges” of our time will not be solved by words alone. They require careful planning and an evidence-based approach.

The most glaring example of this is climate change and the threat it poses to my future. The possibility that my unborn children may have to navigate a world with millions of environmental refugees, in which international conflict over water supplies is commonplace and destructive climatic events are the norm, presents a frighteningly dystopian vision . On the other hand there are great opportunities presented by becoming a world leader in green technologies.

Secondly there is a need for increased investment and reforms in education and research. I want to hear about how Australia can work smarter, not harder. I want to see leadership that can elevate our economy away from the easy and dirty resource based industries. And for me the obvious mechanism for such a change is education.

Finally Australia must engage in a discussion about health reform. As our tax base shrinks and our population ages, it is important to consider what we want from our health system and how we can pay for it. Universal health care is one of our greatest national achievements since Federation and it must be sustained into the future.
These are the issues that I hope cut through the personality contests and attack ads.These are the issues that need to be debated now as they will effect generations of Australians across the 21st century.

Andrew Campbell is a graduate in political science currently undertaking a Master’s degree in Commerce at the University of Western Australia. He has recently volunteered with Australia21 to ‘assist in broadening the public debate and putting the focus back on evidence-based policy’.
Posted by PAUL BARRATT at 2:33 PM No comments:

On Wednesday 31 July the Drug Policy Alliance issued a media release announcing that he Uruguayan House of Representatives approved a bill to legally regulate marijuana. Passing with 50 out of 96 votes, the bill now goes to the Senate. If approved by the Senate, Uruguay will become the first country in the world to legally regulate the production, distribution and sale of marijuana.

“Uruguay’s bold move does more than follow in the footsteps of Colorado and Washington. It provides a model for legally regulating marijuana that other countries, and U.S. states, will want to consider – and a precedent that will embolden others to follow in their footsteps.”