Australia21 has appointed two Honorary Advisers to the Board, both of whom were participants in our recent Roundtable on Illicit Drugs Policy.  To the extent that their timetables permit, they will participate fully in all of our Board and Research Committee discussions.

Vivienne Moxham-Hall has completed her degree in Science and Arts at Sydney University and is now completing a Masters of Health Policy. She has taken on a variety of leadership positions within the University such as University of Sydney Union Board Director from 2010-2012, SRC councillor from 2011-2012 and Under-graduate Science Student Representative. She is a volunteer with Surf Lifesaving Australia and is passionate about giving a youth voice to the policy directives of the future. 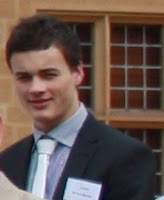 Tom Merrett is currently a second year student at the University of Adelaide, studying a double degree of Chemical Engineering with Finance on a BHP Billiton scholarship. He is a representative on CHEMS, a student engineering society. In 2010 Tom was school captain at Unley High School. He was also a youth participant in Australia 21’s next big question project (see his contribution, made in his final school year, here). His interests include multimedia with an emphasis on video production and politics.

Vivienne and Tom are already contributing fresh perspectives to our organisation, and Tom is putting in a massive effort on a voluntary basis to the redesign of our website (watch this space).
Posted by PAUL BARRATT at 3:42 PM No comments: 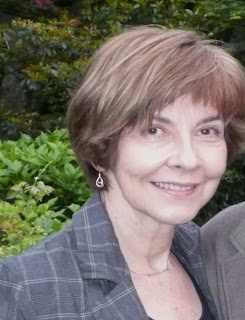 Australia21 is delighted to announce the appointment of our new Executive Officer, Lyn Stephens, who joined us in January following Rachel Oliphant’s acceptance of a position in the Australian Pubic Service.

Lyn’s experience ranges across psychiatric social work, human resource management and public sector management, all of which fit her well for the multifaceted demands of the part time Australia21 role.

She is currently an organizational development consultant with a particular interest in dialogue and community consultation.

She retains a visiting fellowship at the College of Law at the Australian National University, which was initiated while she was Director of the Centre for Dialogue Project at the ANU.
Posted by PAUL BARRATT at 1:48 PM No comments:

Email ThisBlogThis!Share to TwitterShare to FacebookShare to Pinterest
Labels: Australia 21

On Tuesday 31 January 2012 Australia21 convened a roundtable hosted by Sydney University to consider the following question:

What are the likely costs and benefits of a change in Australia’s current policy on illicit drugs?

The decision to convene this roundtable was prompted by the June 2011 release of the Report of the Global Commission on Drug Policy (downloadable from here), which definitively concluded that the 40 years old global war on drugs has failed and recommended, inter alia, that governments be encouraged to experiment with models of legal regulation of drugs to undermine the power of organized crime and safeguard the health and security of their citizens.

Prior to the roundtable Australia21 commissioned a discussion paper by Mr David McDonald, a social research consultant at the Australian National University who specialises in issues at the boundary where public health issues and the criminal law intersect.  Mr McDonald’s paper canvassed the issues raised by the Global Commission Report and set them in an Australian context, addressing issues such as the extent and nature of drug availability and use in Australia, the principal sources of drug related harm in Australia, and the core challenges Australia faces to day in relation to drug policy.

We were fortunate to be able to bring together an extraordinarily high level and diversified group from across the political spectrum to consider this important and sensitive topic.  In alphabetical order the participants were:

The report of the roundtable is now at the printers, and it will be launched by roundtable participant Nicholas Cowdery QC, former NSW Director of Public Prosecutions, in a Committee Room in Parliament House, Canberra, at 10.00 am for 10.30 am on Tuesday 3 April.

Australia21 expresses its appreciation to ACT Senator Garry Humphries for sponsoring the launch event at Parliament House, to the University of Sydney for providing us with the venue for the roundtable, and to the donors who generously assisted us financially with this project.
Posted by PAUL BARRATT at 4:23 PM No comments: